I describe Under Pressure as Titanic meets Raiders of the Lost Ark by way of Speed 2. Rob Lowe is an Army Corp of Engineers dam expert whose wife is a history teacher with a passion for a mysterious old Greek artifact. She goes to Greece, he pursues her there, and they end up on a boat as terrorists seize the artifact and the ship starts to sink. Despite a tight schedule we got some good stuff, including some good underwater sequences. Extensive computer graphics enhance the action.

Here's some behind the scenes stills from the making of the film. I'm still getting my film processed so more pictures will be forthcoming. Clicking on any picture will bring up a larger version of it.

Scenes from the dam when we scouted it during preproduction. 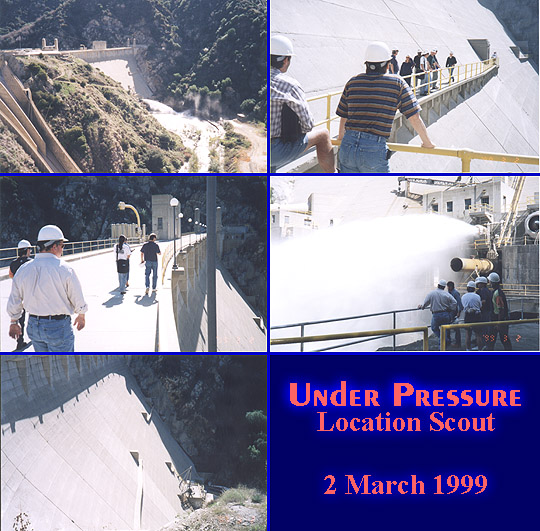 More photos as they develop!
(I mean, as they are developed! :-)